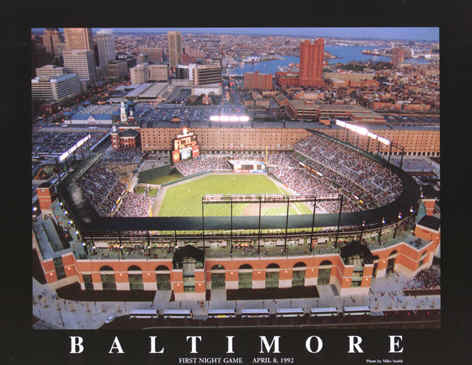 Oriole Park at Camden Yards is a ballpark located in Baltimore, Maryland, which was completed in 1992 to replace Memorial Stadium. It is the home field of the Baltimore Orioles of Major League Baseball. It was the first of the "retro" major league ballparks constructed during the 1990s and early 2000s, and remains one of the most highly praised. It is situated in downtown Baltimore a few blocks west of the Inner Harbor. Historically, Oriole Park at Camden Yards is one of several venues that have carried the "Oriole Park" name for various Baltimore franchises over the years. The park is typically known in short as "Camden Yards."