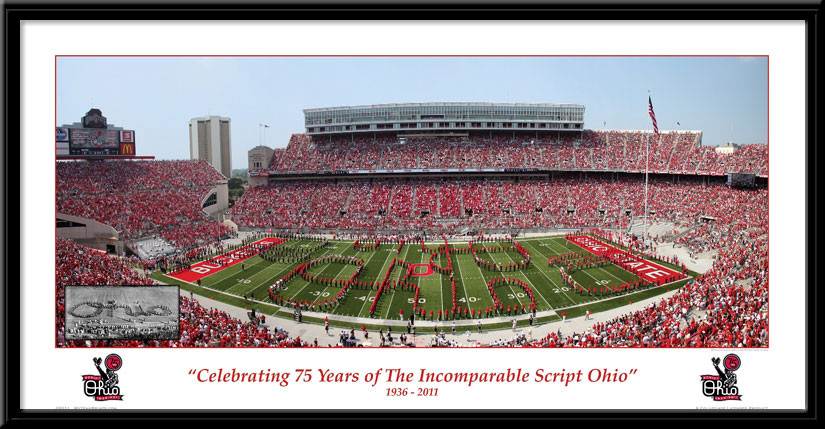 The Script Ohio tradition began in 1936 when Ohio State played Indiana on October 24. Since then, of all the traditions in Ohio State"s football history, none is more widely recognized than Script Ohio, the formation performed by the Ohio State Marching Band at every home game. Script Ohio includes a revolving block “O” at the beginning, the drum major leading the curved formation of the word “Ohio,” and the “dotting of the i” by the sousaphone player. Today only 4th or 5th year sousaphone players are eligible to dot the i. There have also been a few select honorary i dotters. Among them are legendary Ohio State coach Woody Hayes, golfer Jack Nicklaus and comedian Bob Hope.