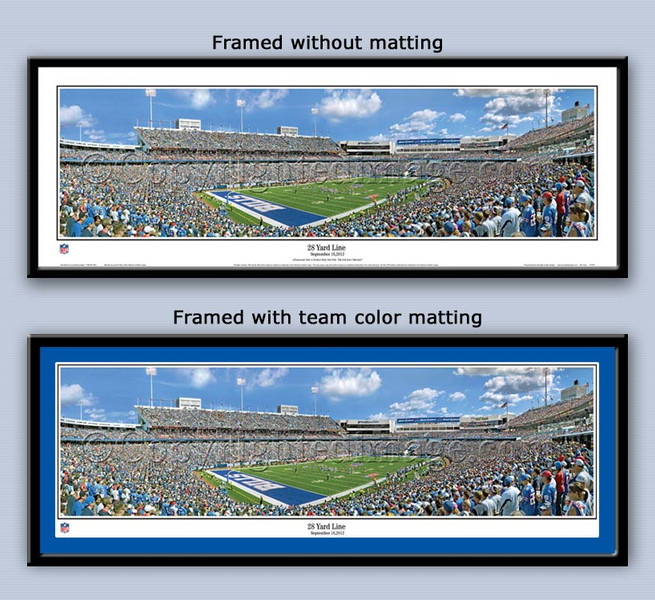 The Buffalo Bills big 35-17 win over the Kansas City Chiefs on 9/16/12. Beautiful panoramic shot from the corner of the end zone encompassing the entire Ralph Wilson Stadium, Orchard Park, NY.

The Bills became one of the first teams ever to sell the naming rights to their stadium. It was known as Rich Stadium until 1998, when the stadium was renamed Ralph Wilson Stadium. Buffalo is one of the nation's windiest cities due to Lake Erie winds. Ralph Wilson Stadium often is a difficult stadium for kickers, with swirling winds that change direction rapidly. This is exacerbated by the design of the stadium. The field is 50 feet below ground level, while the top of the upper deck stands only sixty feet above ground.

Frame your game tickets or photos with this panoramic print! see samples
Note: The matted option must be selected to include ticket framing.