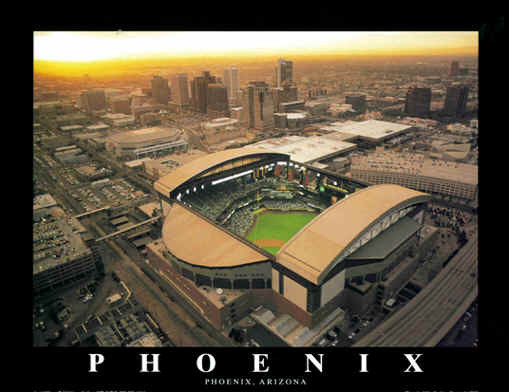 Home of the Arizona Diamondbacks Opening in 1998, Chase Field was the first stadium ever built to have a retractable roof and natural grass. With MLB's announcement that Phoenix would be awarded an expansion team, a new stadium was built. Shaped like a massive airport hanger, construction on the stadium began November 16, 1995. Originally the stadium was known as Bank One Ballpark. The ballpark was renamed Chase Field in September 2005. Chase Field will be the home to the 2011 All-Star Game.