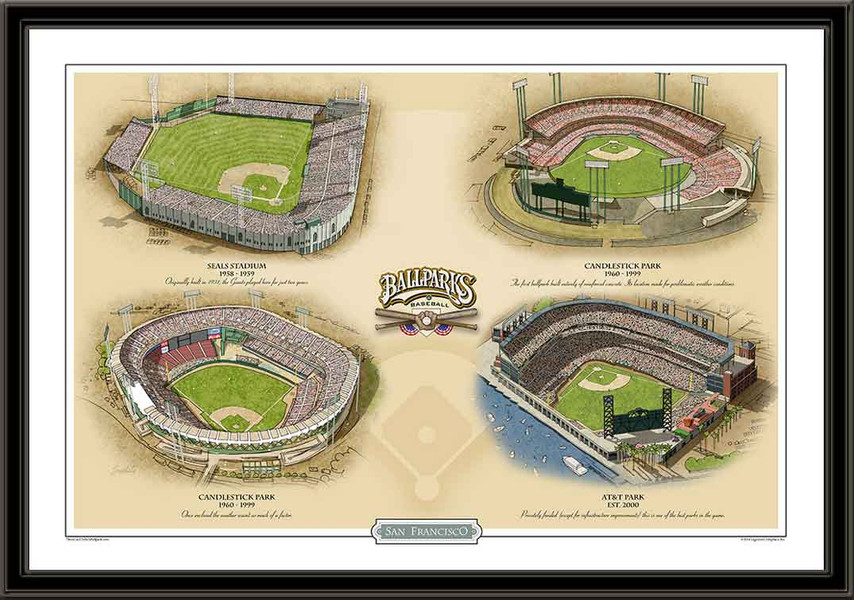 Celebrating the iconic ballparks of yesterday and today, this vintage print shows the historic ballparks of Pittsburgh. Printed using archival inks on heavyweight paper, these prints are rated to be light fast for 72 years under glass.

The copy reads:
SEALS STADIUM 1958 – 1959  Originally built in 1931, the Giants played here for just two years.
CANDLESTICK PARK 1960 – 1999  The first ballpark built entirely of reinforced concrete. Its location made for problematic weather conditions.
CANDLESTICK PARK 1960 – 1999  Once enclosed the weather wasn’t as much of a factor.
AT&T PARK EST. 2000  Privately funded (except for infrastructure improvements), this is one of the best parks in the game.