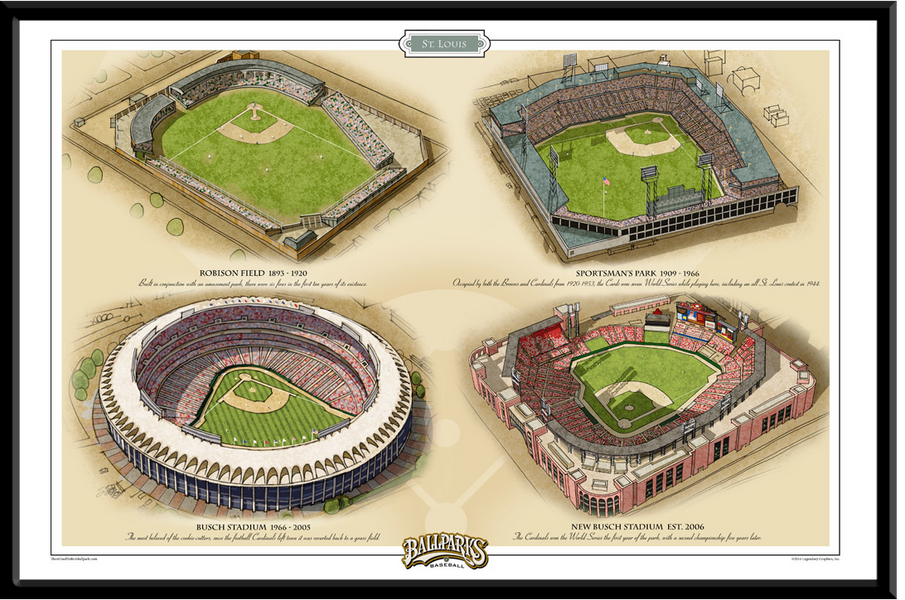 Celebrating the iconic ballparks of yesterday and today, this vintage print shows the historic ballparks of St Louis. Printed using archival inks on heavyweight paper, these prints are rated to be light fast for 72 years under glass.

The copy reads:
ROBISON FIELD 1893 – 1920  Built in conjunction with a an amusement park, there were six fires in the first ten years of its existence.
SPORTSMAN’S PARK 1909 – 1966  Occupied by both the Browns and Cardinals from 1920 – 1953, the Cards won seven World Series championships while playing here, including an all St. Louis contest in 1944
BUSCH STADIUM 1966 – 2005  The most beloved of all the cookie cutters, once the Rams left town it was reverted back to a grass field.
NEW BUSCH STADIUM EST. 2006  The Cardinals won the World Series the first year of the park, with a second championship five years later.